Women are 50% of the population.

And that’s way too much, if you ask me.

As to intellectual enrichment from cultural diversity, you don’t need immigration for that: there is internet.

It’s designed to make them cute in the eyes of humans, so that humans, especially the Chinese, don’t destroy their natural habitat wholly.

Then employers can substract $1,000 to the wages they are paying today. What will prevent them from doing that? On free markets employers are free to decrease wages. UBI = windfall for employers?

Because of the ability to refuse jobs, low demand jobs would likely need to pay more or automate. (S. Santens)

On the paper the ability to refuse jobs already exists. Yet people can take jobs for reasons other than money. Employers have more than monetary leverage. Take mobility. Some years ago a carmaker shut a plant down in France and offered the workers jobs in… India. UBI doesn’t completely suppress employers’ leverage; people will keep accepting jobs if they don’t want to move.

[Giving my contender the last word:]

But everyone has more leverage as employees and greater ability to live elsewhere than they do now.

[But, as elsewhere he said #Resist:]

Resist what? You want migrants to keep coming in, knowing they have no right to a basic income in your system? [Link]

$60 million for a book: the salary of politics. At least Trump did not need politics to get rich.

What are you, a communist? That is scary. Free enterprise.

Do you know where your beef is from? You don’t. That’s the problem. (Tomi Lahren)

They always say “Consumer is King” but when it’s about giving him the information it’s “No, Mister King.”

CACTOPUSSY is what you’d have if Nature cared about you. Retractile.

Communism and Marxism are not interchangeable terms: cf Bakunin. There were several tendencies or currents in the “International.” One was Marxist.

H. G. Wells, the writer, and a Socialist=Communist (favorable to collectivization): “I detest Karl Marx.” (The Outlook for Homo Sapiens)

‘’Humans are better equipped to understand other humans.’’ (Quote from “5 jobs robots will take last”)

Robots can do no worse a job than my fellow humans at understanding me.

Islam ruined the left. The defense of Islam is irony. (Maga Trumpgirl)

Democrats now calling Tucker Carlson a Russian spy for Putin! This is McCarthyism & Americans will not forget it!

McCarthy was a Republican. Republicans spend their time burying their dead.

What if ‘’nongenetic’’ inheritance through telegony is true? [A recent scientific confirmation] Then people will base their decisions on a whole new set of considerations, won’t they? For instance, mating with a virgin lass will become essential (again).

What if telegony works in humans: are paternity tests valid? [A discrepancy might be due to telegony rather than cuckoldry.] [On telegony, with reference to Darwin, Konrad Lorenz, Otto Weininger, see my post here; German]

Is it haram or halal to eat pork from Memphis Meats, which is engineered from cells and not coming from actual animals?

They are making no pork yet (only chicken and duck) but is it worth their money investing in pork?

In some Muslim nations it is offensive just mentioning pork.

OK. Is it halal to eat any meat for which no animal was slaughtered, given the fact Muslims practice ritual slaughter? [Fatwa impending.]

Would it be ethical to engineer human flesh in that way, without killing people? [Memphis Meats makes meat from animal cells, without animals being actually slaughtered.] Cannibals say human flesh is the best, tasty even in the absence of seasoning (cf Sidney Langford Hinde, The Fall of the Congo Arabs, 1897).

“We are our choices” Sartre. So we’re made by advertising?

If immigration lowers IQ in the West (Nyborg), as a rule conservatives and far-right people have the same effect (Kanazawa).

There is such a thing as honorable behavior and it can be highly adaptive under the right circumstances. (Dr David Sloan Wilson)

Adaptive is making money; being an underpaid professor is not. Why do brainiacs choose not to make as much money as they are believed to be able to?

Until you make paternity tests compulsory by law: 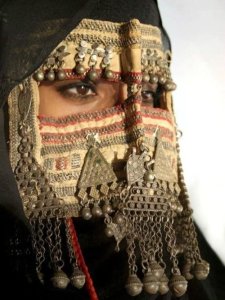 Free trade and free markets are two distinct concepts. Singapore is a staunch advocate of free trade and yet hardly a free-market economy.

The robot industry is hiring. Do you have the skills? (Robohub)

No. People don’t want to be robots anymore. Get yourselves a few illegal immigrants.

I’d give away 10 Jean-Paul Gaultier for one veil like that. #Uyghur 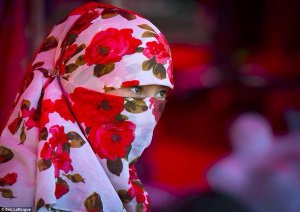 This is the burger-flipping robot of the future.

Never a particle of nasal mucus (or worse) has been found on the hands of a burger-flipping robot. #Health

Octopuses and squids can rewrite their RNA. Is that why they’re so smart?

Animals are smart but I guess the biologists who torture them in their labs are smarter.

Living up to the Great Alpha Cannibal Ape God’s expectations.

May Allah guide us to wear niqab, it’s so beautiful.

It’s all scam. Horrified you turn to the ad page and it’s so soothing you’ll buy the product out of sheer gratitude. [Kevin McDonald like this tweet.]

If they allow people in the region to learn Arabic, who will ever want to learn written Chinese, that unpractical system born of an elitist, exclusive mandarin caste?

The good thing with aging is that you don’t need makeup anymore to look like Alice Cooper with makeup.

Thank you, Nights With Alice.

[Nights With Alice is a ‘’Top-notch classic rock radio show hosted by THE Alice Cooper. Check out the website to find a station near you!’’ They had already liked one of my tweets, as shown in Tweet Anthology 1, where you can also see their previous avatar picture.]

This deal [Iran-China on Arak heavy water reactor] worries me. The more I read, the more I think China is going to rule the world in the 21st Century. (Mrs K. Meyer)

Why not? They promised to stop eating dogs.

IQ tests measure your robot aptitudes, for which the robots are there that will do much better than you (left-hemisphere literacy). Worthless.

Disraeli was a Jewish white supremacist.

Nature is overrated, in my opinion.

Why would God choose one people over all the others He created? Is He deranged?